Legends of the Eastern Vikings is a three year research project funded by the Icelandic Research Council (ísl. Rannsóknarráð Íslands) for the years 2019-2021. See the new webpage with recent updates.

The main purpose of this project is to re–examine medieval sources on the eastern Vikings, and to highlight the ongoing “debate” on the Rus and the Varangians in the medieval period. The aim is to compare and contrast sources emanating from different cultures, such as Byzantium, the Abbasid Caliphate and its successor states,the early kingdoms of the Rus and the high medieval Scandinavian kingdoms, and analyse what significance these sources attached to the Rus and the Varangians in different contexts. The proposed outcome of the project is a fresh view of these medieval sources, and a thorough reassessment of established historiographical grand narratives on Scandinavian peoples in the east. These sources will be analysed with regard to the context in which they were written and the purpose behind the narrative, always with particular attention to the sections connected to the Rus and the Varangians in these accounts. An important part of this debate on the Rus and the Varangians was the fashioning of identities and how different cultures define themselves in comparison and contrast with the other. This comparison fuels the main research questions of the project, encompassed in the overarching theme on the formation of medieval identities.

Cassandra Ruiz is a first-generation American, who is currently studying and living in Iceland. And although she has many interests, surrealism, folklore, and perspectives drive her different works-- as a photographer, translator, and writer-- which she ensembles to deliver emotional messages garnished with science and history. She is currently working on receiving a second master's in engineering so that she can further immerse herself in digital humanities and cultural astronomy. 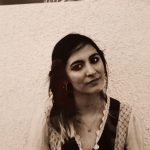 Daria Segal graduated with a BFA from Bezalel Academy in 2012 and later proceeded with courses in Medieval History and Art from Tel Aviv University. She received an MA (VMN) from the Universities of Iceland and Oslo in 2017 and is currently a Ph.D. candidate in Medieval History. Her research mainly concerns development and evolution of identities, attributed to the Viking diaspora in the East. Her main research interests are Cultural Memory, Symbolic Identities, Conversion and Cult of Saints in the Middle Ages. 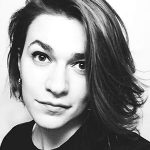 In her project, Daria aims to analyse the Old Slavonic and Old Norse primary sources portraying the Viking diaspora in the East in their cultural setting, with an emphasis on the context and purpose of their production and transmission.

The Rus in Latin Chronicles from

the 9th to the 11th century

Ryan Fenster, from Seattle USA, received his BA in history from Seattle Pacific University in the year of 2016. 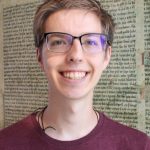 In the research, Ryan is examining the Latin chronicles and historians of Western Europe to see how they make note of the Rus, the Varangians, and what sort of distinctions, if any, they use when discussing easterners of Nordic background and those of Slavic backgrounds. He is also looking at Slavic sources, such as The Russian Primary Chronicle and Helmold's Chronicle of the Slavs, to see how the peoples of the region remembered and depicted the Norse. In addition, Ryan plans on making a summary overview of major modern scholarship relating to the issue, specifically looking at who modern scholars consider to be the best primary sources. 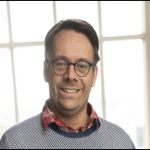 The aim of the project is to promote new perspectives on the history of the Eastern Vikings, the Rus and the Varangians, from their earliest mentions in the narrative sources to the late medieval period, when the Eastern Vikings had become stock figures in Old Norse Romances. Medieval sources on the eastern Vikings are analyzed within the cultural context in which they were created to highlight the ongoing debate on the Rus and the Varangians in the medieval period. A comparison is made between sources emanating from different cultures, such as Byzantium, the Abbasid Caliphate and its successor states, the early kingdoms of the Rus and the high medieval Scandinavian kingdoms, followed by an analysis of the significance these sources attached to the Rus and the Varangians in different contexts. The outcome of the project is a thorough reassessment of established historiographical grand narratives on Scandinavian peoples in the east. The sources are analyzed with regard to the cultural and political context in which they were written and the purpose behind the narrative, always with particular attention to the sections connected to the Rus and the Varangians in these accounts. An important part of this debate on the Rus and the Varangians was the fashioning of identities and how different cultures define themselves in comparison and contrast with the other. This comparison fuels the main research questions of the project, encompassed in the overarching theme on the formation of medieval identities.

Tonicha Upham is an MA student at Háskóli Íslands, studying Viking and Medieval Norse Studies. Originally from Leeds, she has a BA in Anglo-Saxon, Norse, and Celtic from the University of Cambridge. She is an Assistant Editor for Kyngervi, a new student journal for Old Norse queer and gender studies. 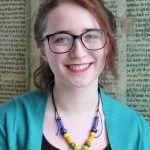 This thesis, Equal Rites: Parsing Rus’ Gender Values through an Arabic Lens, deals with Arabic sources on Rus’ women. It focuses on how these women were understood and presented within the ‘Abbasid Caliphate'. Rather than assessing the relative factuality of the representations of women in these sources, this thesis explores the way in which women were constructed within this corpus of sources. It evaluates the construction of popular stereotypes, and the potential reasons for targeted characterisations of Rus’ women as, for example, victims of barbaric sacrificial rituals, in order to create a very specific cultural image of the Rus’. By taking a gender studies approach, and also considering the construction of the Other in an imperial context, this research presents and dissects the various characterisations of Rus’ women. Working from descriptions of the Rus’ by Ibn Faḍlān, Ibn Rusta, al-Istakhrī, al-Mas’ūdī, Ibn Ḥawqal, Marwazī, and Miskawayh, various female archetypes are explored under two broad categorisations: women who become funerary sacrifices, and women encountered in other environments. By foregrounding the presentation of women in the Arabic sources on the Rus’, this thesis seeks to explore popular ideations of the Rus’ by those who considered them distant, exotic, and barbaric.

Arabic sources on the Rus

Þórir Jónsson Hraundal is a lector in Middle Eastern Studies and Arabic. Þórir completed his Ph.D. in medieval studies from the Centre of Medieval Studies at the University of Bergen in 2013, M.Litt. degree from the University of Cambridge in 2005, where he studied the spread of Islam, north through the central of Asia, the Causausus and beyond. Þórir got his BA in General Linguistics from the University of Iceland in 1998. He also joined the position of the new doctrine at the Institute of History (ísl. Sagnfræðistofnun) from 2014 to 2017 with a grant from Rannís. His research mainly focus on Arabic medieval texts, highlighting the tours of the Vikings in the east, as well as the interaction and cultural relations of the Nordic people with the eastern nations of the Middle ages, as they appear both in written sources and archaeology. Þórir is also an administrator of education in Middle Eastern geography and Arabic with UI, and teaches there various courses on the history and languages of the Middle East, N-Africa and the state of Muslims in Spain. 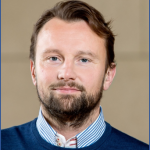 Þuríður Ósk Sigurbjörnsdóttir is a BA-student, studying history and Icelandic at the University of Iceland. She started studying at the University in 2017 and plans to graduate in the spring of 2020. Icelandic medieval history and literature, particularly women- and gender studies in the Middle Ages in Iceland and feminine stereotypes in medieval literature are her main interests and she would like to specialize in that field after graduation.

The research involved reviewing selected chapters in Icelandic sources from the 13th and 14th century where Varangians are mentioned. The sources that were examined were mainly selected stories in the Icelandic sagas, Kings’ sagas and Chivalric sagas. The main aim was to see how the Varangians were reviewed, what kind of terms were used about them and their image in general.

Csete Katona has received his BA and MA in History at the University of Debrecen, Hungary. He obtained an additional MA in Viking and Medieval Norse Studies from the University of Iceland. Katonas main interests in the field is the relationship between Vikings and the various Eastern nomadic Turkic tribes in the ninth and eleventh century. 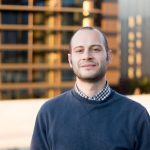 Neil Price is an English archaeologist and is a professor in archaeology and ancient history at Uppsala University in Sweden. He completed his BA in Medieval Archaeology at the University College London’s Institute of Archaeology in 1988 and completed his PhD in 2002. Prices research interests fall into two broad categories, embracing the early medieval North c. 400-1100 CE, especially the Viking Age, and the historical archaeology of the Asia-Pacific region from the 1700s to the present. 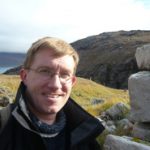 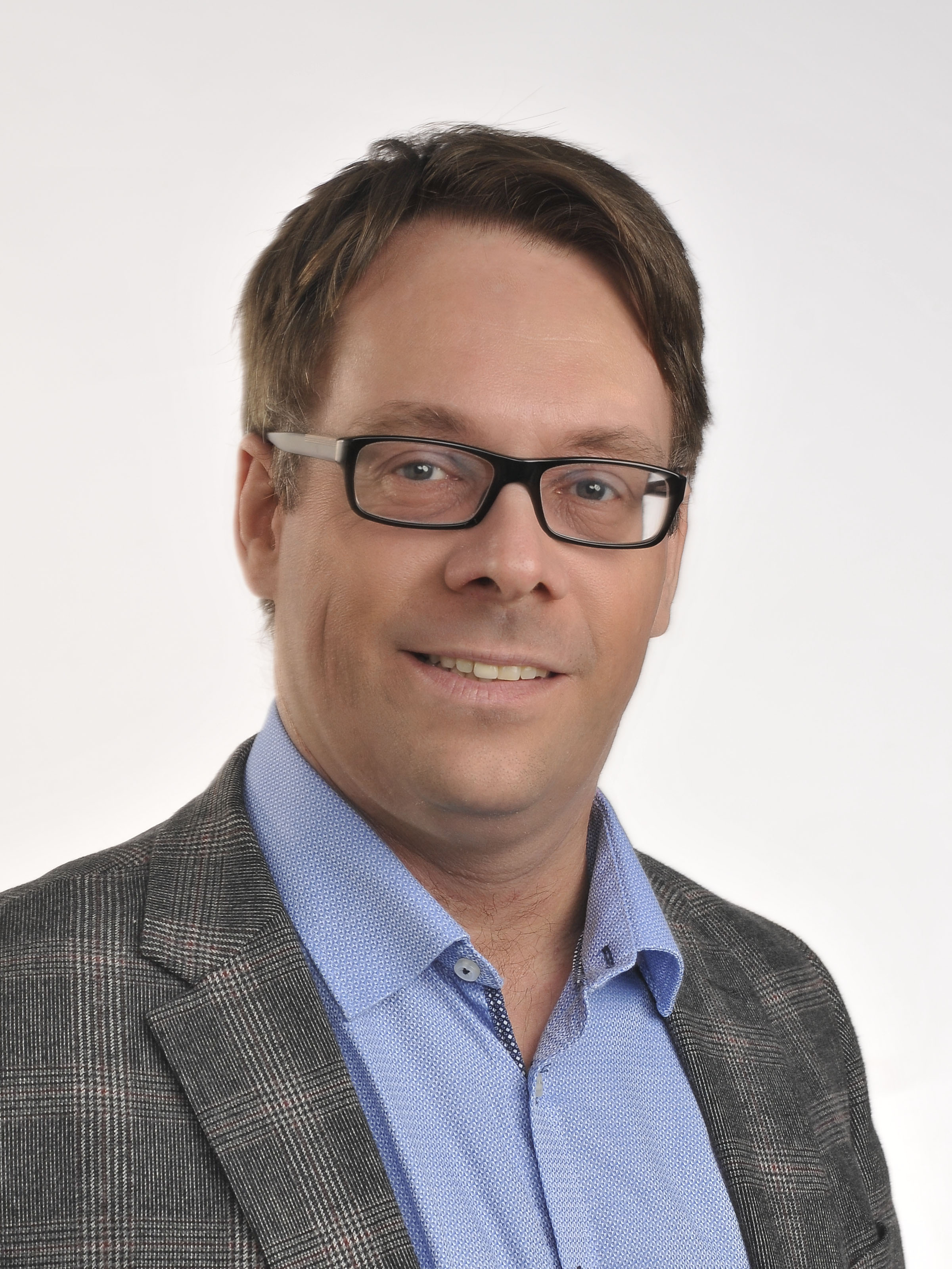