Objectives and work packages of MAXI-Plume 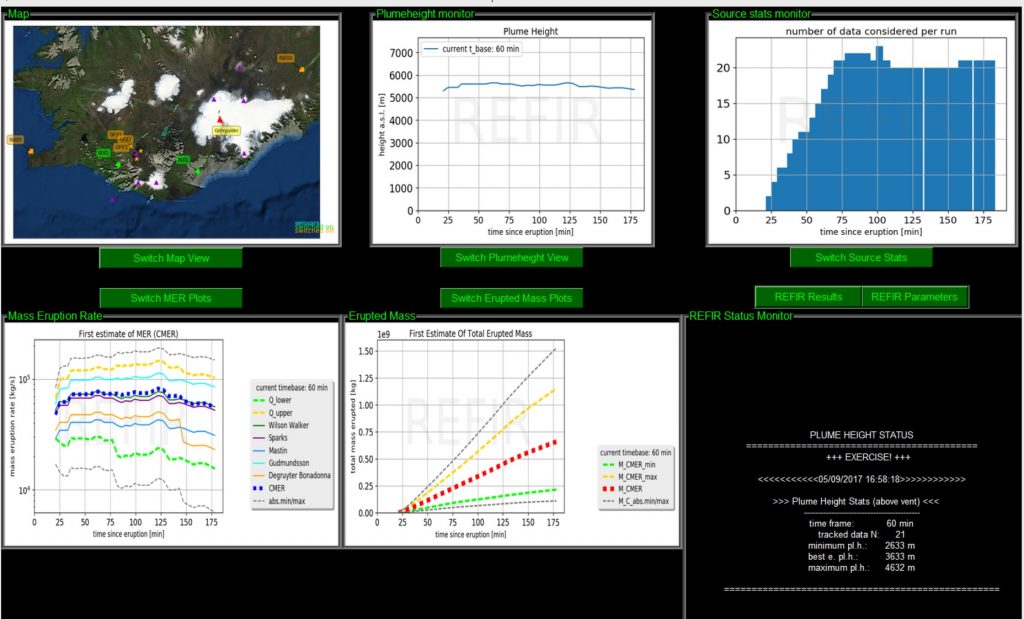 Screenshot of monitoring system REFIR taken during an eruption exercise. The depicted case shows a simulated eruption of Eyjafjallajökull [2].

The MAXI-Plume project is divided into four work packages (WPs), following the numbering of the four key objectives.

A fifth WP (“X”) will be implemented - to make full use of the opportunity - if an explosive eruption occurs during the duration of this project. 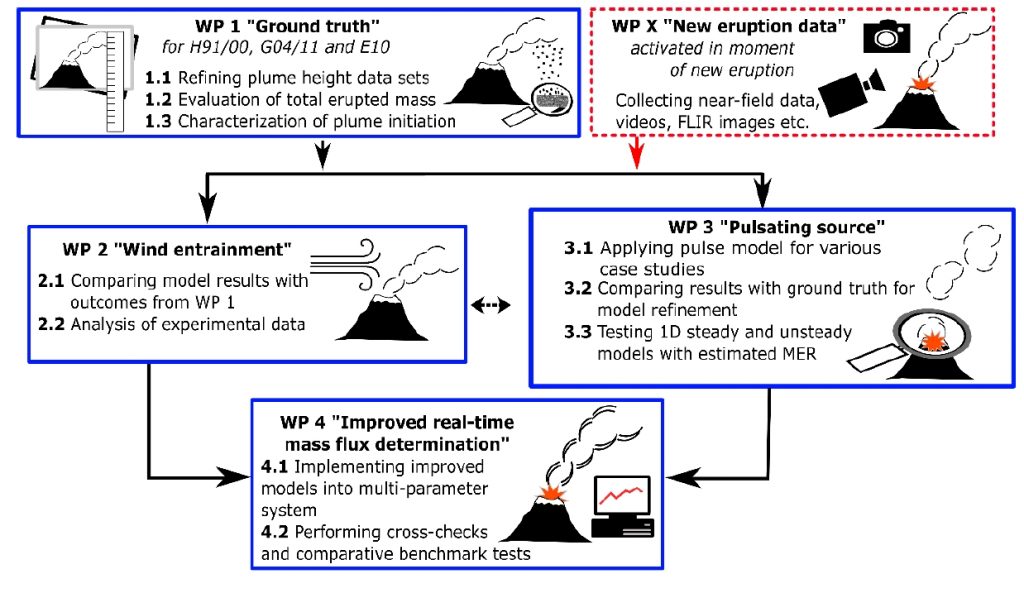