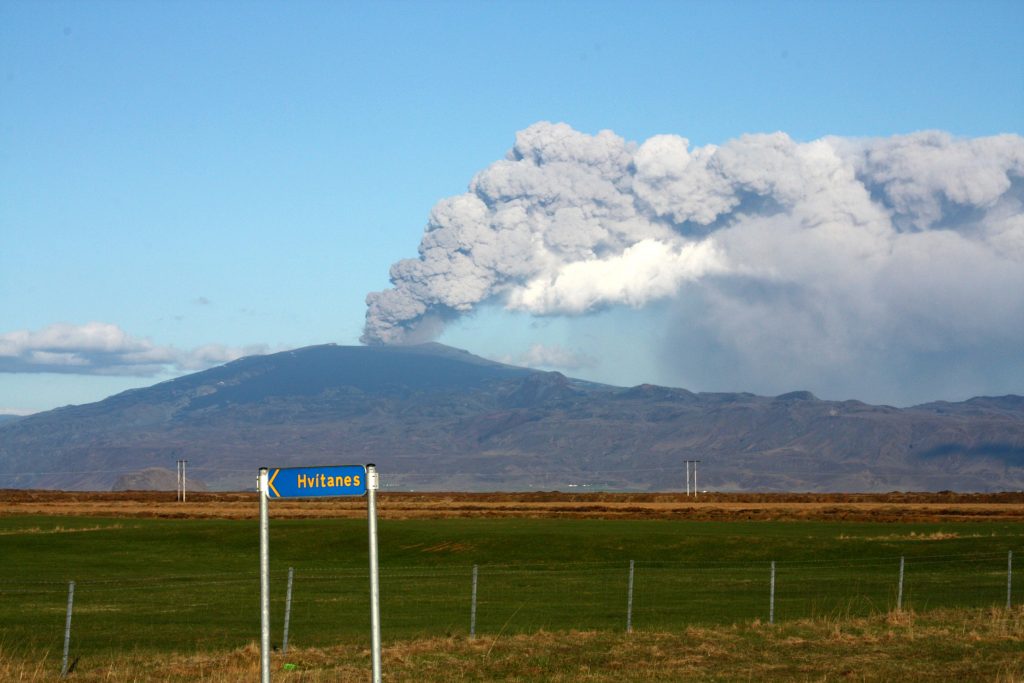 MAXI-Plume stands for "Mass flux investigations on ash plumes" and is the acronym for a 3-years research project carried out at the Institute of Earth Sciences at University of Iceland since 01. 06.2020. MAXI-Plume is supported by an Icelandic Research Fund (IRF) postdoc grant by The Icelandic Centre for Research (RANNÍS).

MAXI-Plume is focused on ash injection by volcanic plumes generated during explosive eruptions in Iceland. By integrating monitoring, geological field studies, models and experiments, MAXI-Plume addresses still open questions crucial for understanding plume dynamics: the link between magma fragmentation in the conduit and resulting source conditions, and wind entrainment. Both factors control the evolution of a plume.

In particular, MAXI-Plume focusses on the mass flux at the vent, i.e. the mass of tephra and volcanic gases released per time. Within MAXI-Plume the mass flux of the most recent explosive Icelandic eruptions (e.g., Eyjafjallajökull 2010, Grímsvötn 2004/11) is quantified by merging results of measurements on ash deposits with newly developed techniques using video analysis. The values obtained serve as a data base for comparing and fine-tuning existing plume models, in particular by adjusting the parameter describing wind entrainment. Complementary experiments help to investigate the dependencies of plume dynamics on wind entrainment processes.

The ultimate goal of MAXI-Plume is to enhance real-time mass flux assessment in future eruption scenarios.