Welcome to my homepage. I am Professor of Icelandic literature at the Faculty of Icelandic and Comparative Cultural Studies, School of Humanities, University of Iceland (address: Árnagarður, Suðurgata, 101 Reykjavík, Iceland). Visiting hours are by appointment (tel.: +354 525 4419, email: sye@hi.is).

My research and teaching area is modern Icelandic literature (1600–1900), including the reception of medieval literature, romanticism, literature and the environment (ecocriticism) and nationalism. For my publications, see the annotated bibliography on this page. My present and planned university courses can be seen here.

During the last decade I have conducted two independent research projects, which have resulted in the publication of two monographs. In 2014, I concluded an ecocritical study of romantic and post-romantic Icelandic poetry with the publication of my book, The Nature of Poetry, which was nominated for the Icelandic Literary Prize. I then embarked on a study of national discourse and hybridity in literature and the arts, which is the subject of my 2019 book, Iceland in the Aegean. I have also worked with other researchers on four collective projects, which have been concluded during the last decade: 1) Inventing Culture. Defining Sources of Theory and Inspiration and the Long-Term Results of Culture Creation by Icelandic Intellectuals 1857–1874. 2) The Variance of Njál's Saga. 3) The influence of the reformation in Iceland. 4) Cultural Saints of the European Nation States. Presently I am working with five other researchers on a new history of Icelandic literature, which will be published soon. 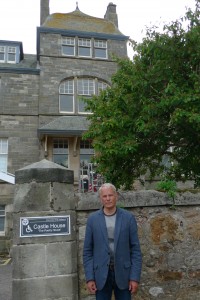