My name is Jan Alexander van Nahl, and I am a scholar specialized in medieval (Icelandic) literature and culture, the history of 20th-century (German) scholarship, and the digital humanities. This is my university blog where you can find up-to-date information on my academic activities. Scroll down for my most recent posts, have a look at the archives, or check out the categories above. Thanks for your interest!

"Heinrich Beck (2 April 1929 [Dürrenzimmern] – 5 June 2019 [Aschheim]) was a German scholar in Old Germanic and Old Norse Studies, and a leading figure in the re-orientation of Germanic Studies throughout the second half of the twentieth century. He became internationally renowned ...  "

"Heimskringla is the modern name for a medieval collection of Old Norse Kings’ sagas, which tell the story of Nordic kingship from mythical times to the late twelfth century. The name derives from ... " 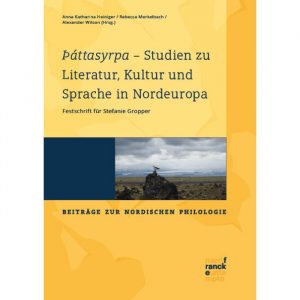 Medieval Scandinavian Studies started emerging as a discipline in the 19th century, at a time when Old Norse literature had become an important source both for the reconstruction of an alleged Germanic worldview, and the substantiation of national political claims. Scholars in the early 20th century consolidated this view, and thereby even coined public ideas of a Germanic past that became influential in the reception of the Middle Ages in general. To the present day, the popular fascination with these Middle Ages thus is strongly informed by Old Norse sources, and a wealth of recent adaptations seem to perpetuate this view. However, the same sources, as well as earlier scholarship, are used by extremist groups to substantiate populist and racist claims. Scholars in Medieval Scandinavian Studies find themselves at the intersection of these conflicting and yet connected spheres of appropriation.

This is the introduction to a series of articles, edited by me as special issue of the journal Humanities. 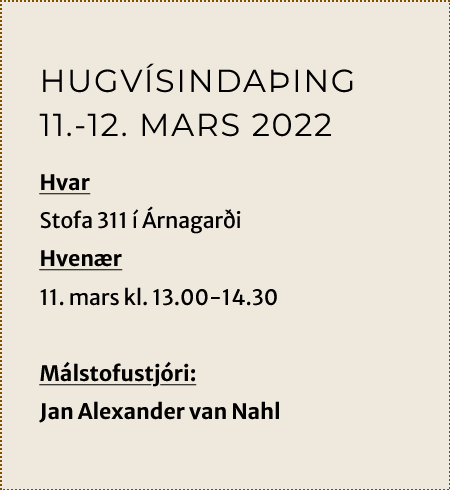 I talk about core ideas in my newest book "Contingency and Chance in the Old Icelandic Kings’ Sagas" on occasion of this lecture in the Center for Medieval Studies at the University of Iceland. More information here.

I speak with Þorgerður Ása Aðalsteinsdóttir about my current research on the role of darkness in the Sagas of Icelanders and in (medieval) Iceland; you can listen to it here. 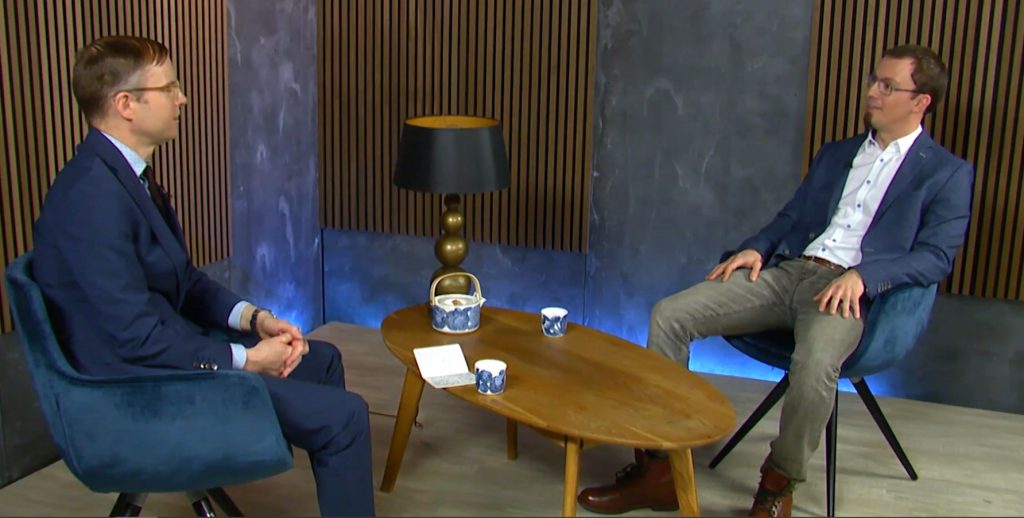 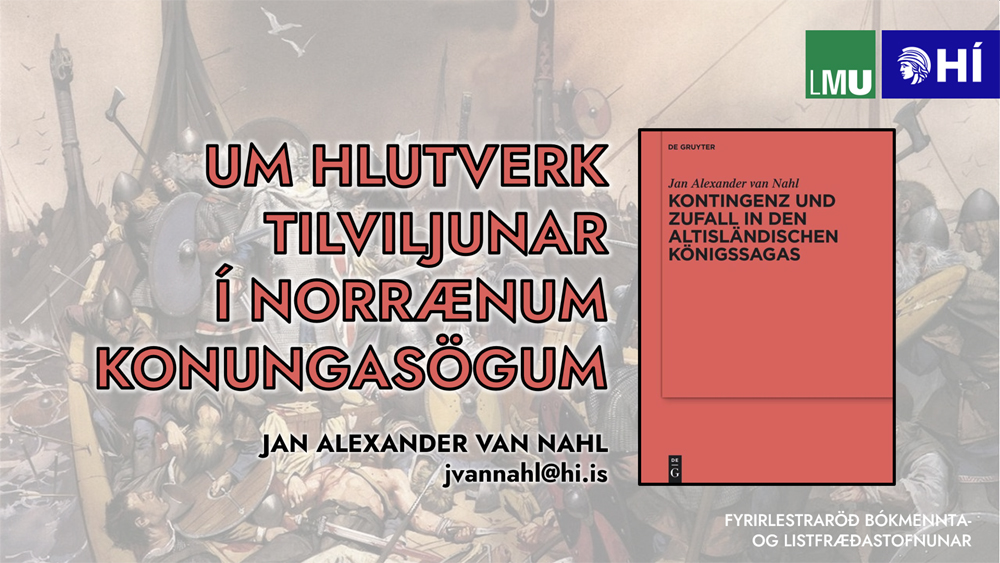 (The role of chance in the Old Norse Kings' sagas) 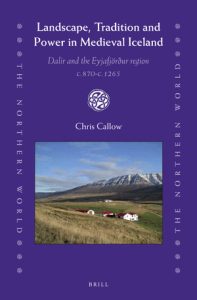 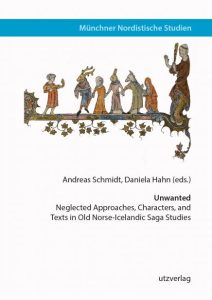 I am talking a bit about an ongoing research project of mine, about darkness in the Sagas of Icelanders. You can find an Icelandic version here, and an English version here. 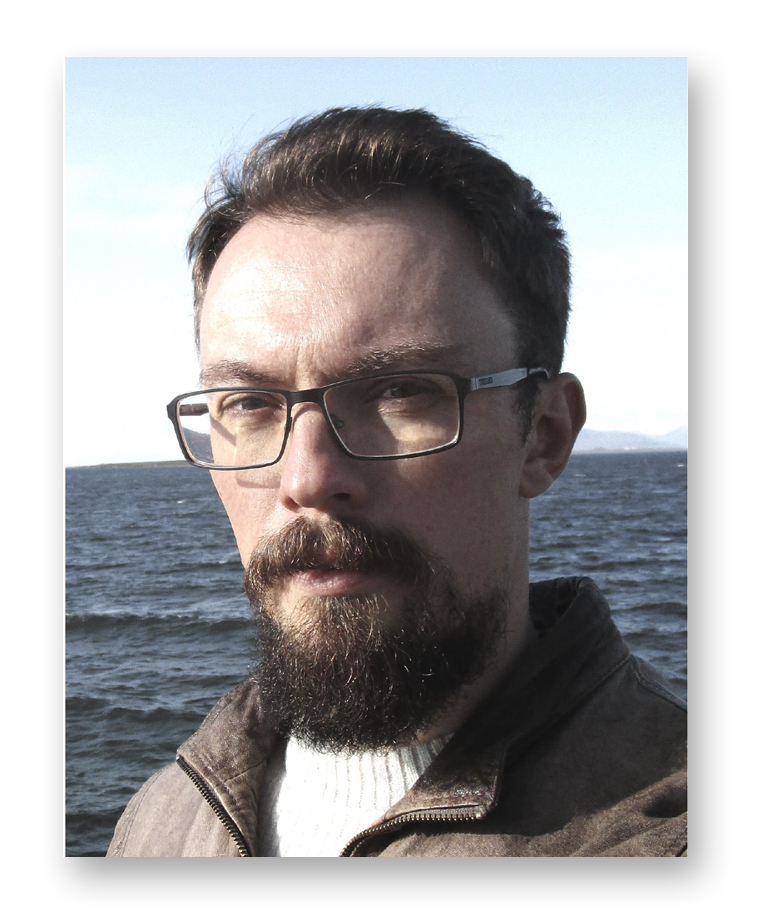 A few words about me …

My name is Jan Alexander van Nahl, and I am from Germany. I visited Iceland for the first time in 2004, and moved here in 2014. From 2019 to 2021, I was an assistant professor (Lektor) in medieval Icelandic literature at the Háskóli Íslands. Since 2021, I have been an associate professor (Dósent). My previous studies at the universities of Bonn, Uppsala and Munich encompassed Medieval and Modern Scandinavian Studies, Cultural Geography, and Archaeology. I defended my doctoral dissertation in 2012, published my first book in 2013, and completed my habilitation (venia legendi) in 2020. Since 2021, I have been a full member of the Academy of Sciences and Letters in Agder, Norway.

Obviously, I am interested in medieval literature, culture and mentality, but likewise in the question of why we are doing things the way we are doing them, i.e., in reception and effective histories. I like traveling, translating, philosophising, mountain (b/h)iking, drawing, and graphic novels, among many other things.