An installation in my office

At the first day of term, my colleagues and I presented 'a personal item' in our office to each other. I made an installation: a piece of the Berlin Wall which I broke from it in spring 1990, a Soviet Union military cap which I bought from a soldier in Moscow on the same tour and the Russian flag which I used in a protest against LGBT discrimination in Russia last year. 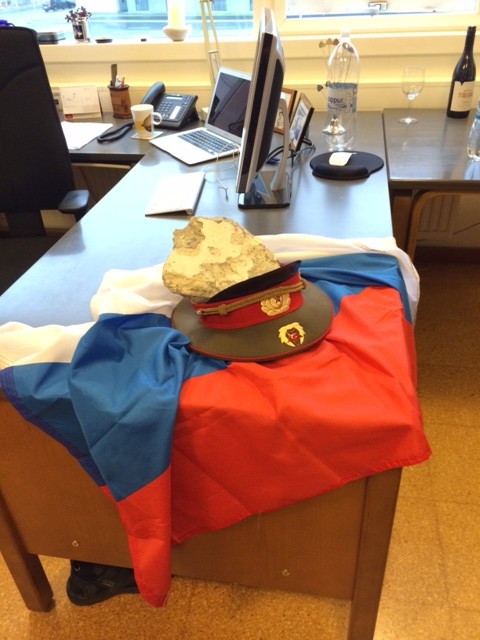