Iceland’s Relations with its Regional Powers: Alignment with the EU-US sanctions on Russia

New paper published today, co-authored with Pétur Gunnarsson: 'Iceland’s Relations with its Regional Powers: Alignment with the EU-US sanctions on Russia'. The paper examines the Icelandic government’s consideration to withdraw its support for the sanctions against Russia over Ukraine in 2015. The consideration came as a surprise to many since Iceland in the past has habitually aligned itself closely with the United States and the European Union in such matters. The Icelandic fishing industry lobbied hard for the sanctions to be lifted to avoid Russian counter-sanctions on Iceland. After considerable internal debate, the government decided to uphold the sanctions, but settled on a policy of not taking part in EU´s foreign policy declarations about the sanctions. This move is interesting given Iceland’s traditional positioning between two gravitational centres in world politics: the EU and the US. The paper discusses what this case tells us about Icelandic policymakers’ room for maneuvering in the formulation and enactment of its foreign policy, and about Iceland’s foreign policy bonds to the US and the EU.

A more compacted paper will be published in the academic journal Global Affairs this summer. 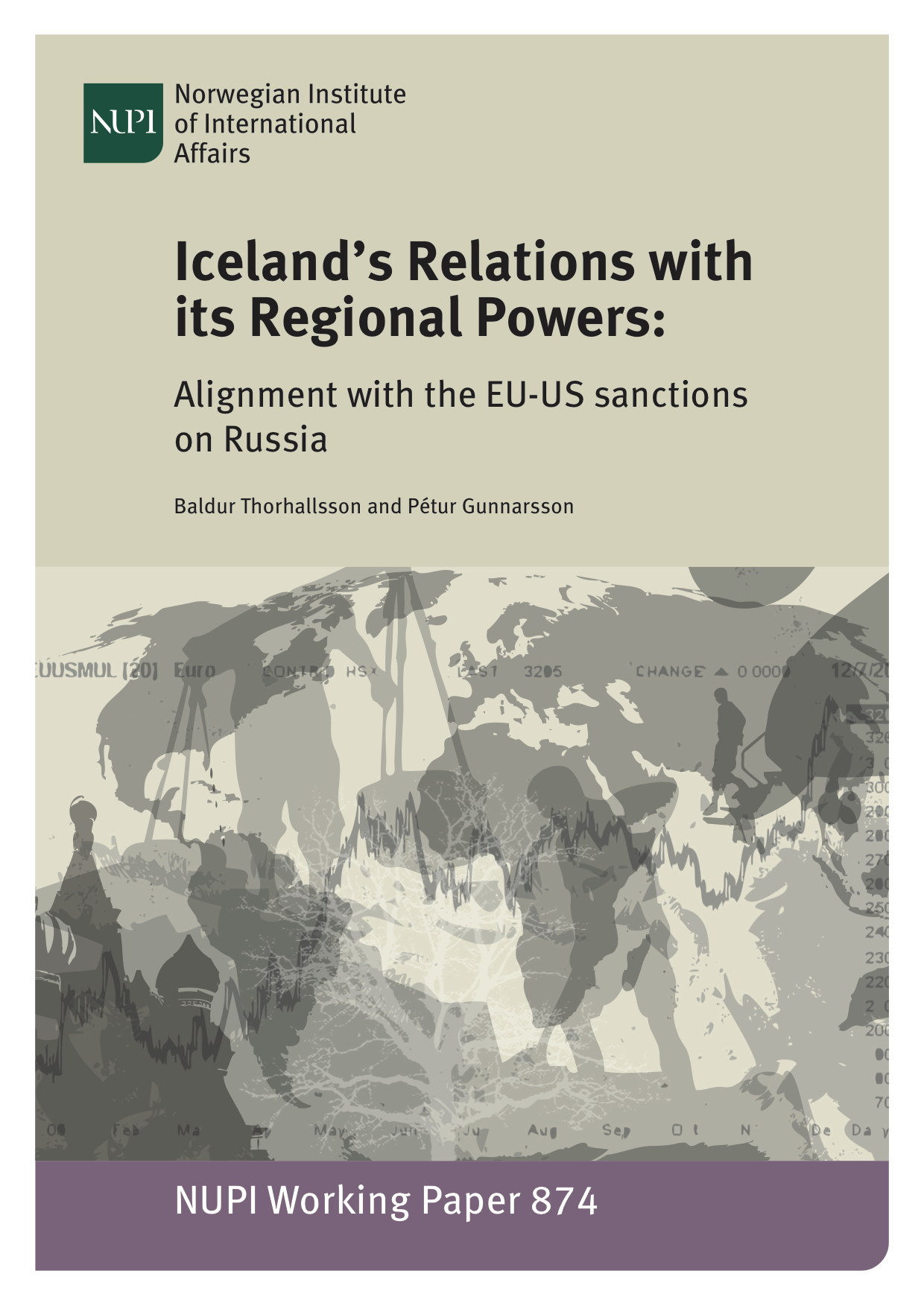