New chapter about Euroscepticism in Iceland: Iceland - Hard-line Eurosceptics Clash with Eurosceptics. Most political parties represented in the Althingi, the Icelandic national parliament, are Eurosceptic in the sense that they oppose Iceland’s membership in the European Union (EU). Nevertheless, the vast majority of them support Iceland’s membership in the European Economic Area (EEA) and Schengen, and there is a cross party consensus on membership in the European Free Trade Association (EFTA). However, in recent years, the Icelandic political party system has become increasingly polarized around European integration. New Eurosceptical and pro-European parties have emerged, which either campaign to limit Iceland’s participation in the EEA and Schengen, or to join the EU. The established political parties which prefer the status quo have joined forces in a cross right-left coalition government. They have had to fight off fierce opposition from the Eurosceptic hard-liners to the implementation of the Third Energy Package of the EU within the EEA framework and pressure from the Europhiles to re-open the accession talks with the EU.
You will find the chapter in a book titled Euroscepticism and the Future of Europe: Views from the Capital  edited by in M. Keading, J. Pollak, P. Schmidt, Palgrave Macmillan, 2020. 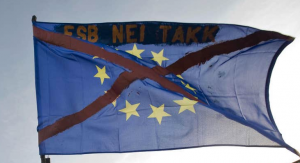