Our article on the Austria's bit to get a seat on the UN Security Council in 2008 has just been published in The Hague Journal of Diplomacy, (16, 2020, pp. 1-29). It is titled Small States in the UNSC: Austria's Quest to Maintain Status (a copy of the last version before publication). This article is a part of a research project titled ‘The Quest for Power in International Politics’, which examines campaigns of  small states for non-permanent seats on the UN  Security Council. The project initiators and leaders Ann-Marie Ekengren and Ulrika Möller at the University of Gothenburg have done a great job and I am grateful to them for making me a part of this exciting project. The project is funded by the Swedish Research Council. An article of mine, Jóna Sólveig Elínardóttir and Anna Margrét Eggertsdóttir on Iceland's bit to get a seat on the UN Security Council is also forthcoming. We have also written a book chapter comparing Iceland campaign for a seat on the Council with to Austrian bit.  You will also find a newly published article on the quests by the Netherlands and Sweden for the Security Council Membership by Ekengren and Möller in the The Hague Journal of Diplomacy. 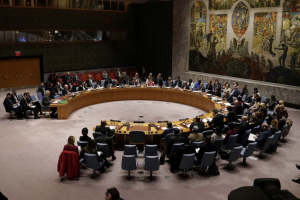